Federal Pacific Stab-Lok circuit breaker panels are considered by many, ” defective and unsafe” and an absolute must to be removed if you have one in your home.  These panels were installed in the 50′s, 60′s, 70′s, and 80′s in many areas throughout the United States and North America. An investigation revealed that these panels cause approximately 2800 house fires a year.  There was no recall for this panel primarily since they are out of business.  The only state that had a class action lawsuit is New Jersey and there is no funding or grants to help people with the removal of these so you’re on your own.   We have removed many of these panels due to defective breakers, mains, or just the sale of the home.  The word is getting out on these panels and they are HUGE red flag amongst realtors, inspectors, and homeowners!  Do your due diligence and consider this information a warning for you and your families safety.

Typical look of a FPE Panel

Most Zinsco panels are obsolete today.  However, at one time, they were trendy and installed in many regions throughout North America. As time has passed, electricians and home inspectors have discovered that specific Zinsco panels often can fail to operate correctly and may leave homes and homeowners at risk to both fire and electrical shock. These panels can work fine for years, but as homes have increased energy demands, these panels may overheat, and portions of it melt.

In this situation, if a breaker melts to the bus bar of the panel and can no longer adequately trip in case of an overcurrent or short circuit, an extreme amount of power from the outside electrical supply surges into a home’s panel and circuits. Once that happens, it cannot be stopped or shut off manually. Electricity will burn until it runs out of fuel or the wires melt. The panel could overheat and catch fire, causing severe harm to a home and its occupants. 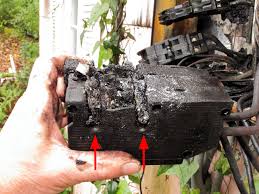 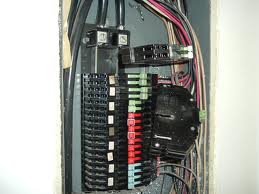 Federal Pacific Electric Company (FPE) was one of the most common manufacturers of circuit breaker panels in North America from the 1950s to the 1980s. Millions of their panels were installed in homes across the country. Yet, as the years passed, electricians and home inspectors often found Federal Pacific Electric panels failed to provide proper protection to homeowners and their families. Experts now say that FPE panels can appear to work fine for years, but after one overcurrent or short circuit, they can overheat and become fire hazards.

In a class action lawsuit, a New Jersey State Court ruled that the Federal Pacific Electric (FPE) Company “violated the Consumer Fraud Act because FPE knowingly and purposefully distributed circuit breakers which were not tested to meet UL standards…” (To see the Class Action Settlement Notice issued for New Jersey Residents, click here.) An expert who investigated the potential hazards of Federal Pacific Electric panels stated under UL 489 test conditions that FPE panels fail to trip at a much higher rate than standard panels.

When a breaker fails to trip, an extreme amount of power from the outside electrical supply surges into a home’s panel and circuits. Once that happens, it cannot be stopped or shut off manually. Electricity will burn until it runs out of fuel or the wires melt. The panel could overheat and catch fire, causing serious harm to a home and its occupants. Many Federal Pacific Electric panels and breakers can operate properly for years. But if and when they do malfunction, a disaster could occur.